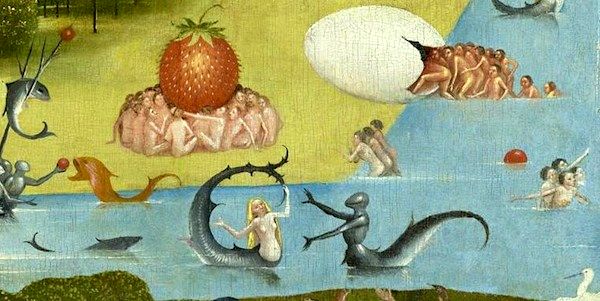 Thesis 1: The idea of ‘humanity’ has no fixed meaning and cannot act as the source of moral or legal rules. Historically, the idea has been used to classify people into the fully human, the lesser human, and the inhuman.

If ‘humanity’ is the normative source of moral and legal rules, do we know what ‘humanity’ is? Important philosophical and ontological questions are involved here. Let me have a brief look at its history.

Pre-modern societies did not develop a comprehensive idea of the human species. Free men were Athenians or Spartans, Romans or Carthaginians, but not members of humanity; they were Greeks or barbarians, but not humans. According to classical philosophy, a teleologically determined human nature distributes people across social hierarchies and roles and endows them with differentiated characteristics. The word humanitas appeared for the first time in the Roman Republic as a translation of the Greek word paideia. It was defined as eruditio et institutio in bonas artes (the closest modern equivalent is the German Bildung). The Romans inherited the concept from Stoicism and used it to distinguish between the homo humanus, the educated Roman who was conversant with Greek culture and philosophy and was subjected to the jus civile, and the homines barbari, who included the majority of the uneducated non-Roman inhabitants of the Empire. Humanity enters the western lexicon as an attribute and predicate of homo, as a term of separation and distinction. For Cicero as well as the younger Scipio, humanitas implies generosity, politeness, civilization, and culture and is opposed to barbarism and animality.(1) “Only those who conform to certain standards are really men in the full sense, and fully merit the adjective ‘human’ or the attribute ‘humanity.’”(2) Hannah Arendt puts it sarcastically: ‘a human being or homo in the original meaning of the word indicates someone outside the range of law and the body politic of the citizens, as for instance a slave – but certainly a politically irrelevant being.’(3)

If we now turn to the political and legal uses of humanitas, a similar history emerges. The concept ‘humanity’ has been consistently used to separate, distribute, and classify people into rulers, ruled, and excluded. ‘Humanity’ acts as a normative source for politics and law against a background of variable inhumanity. This strategy of political separation curiously entered the historical stage at the precise point when the first proper universalist conception of humanitas emerged in Christian theology, captured in the St Paul’s statement, that there is no Greek or Jew, man or woman, free man or slave (Epistle to the Galatians 3:28). All people are equally part of humanity because they can be saved in God’s plan of salvation and, secondly, because they share the attributes of humanity now sharply differentiated from a transcended divinity and a subhuman animality. For classical humanism, reason determines the human: man is a zoon logon echon or animale rationale. For Christian metaphysics, on the other hand, the immortal soul, both carried and imprisoned by the body, is the mark of humanity. The new idea of universal equality, unknown to the Greeks, entered the western world as a combination of classical and Christian metaphysics.

The divisive action of ‘humanity’ survived the invention of its spiritual equality. Pope, Emperor, Prince, and King, these representatives and disciples of God on earth were absolute rulers. Their subjects, the sub-jecti or sub-diti, take the law and their commands from their political superiors. More importantly, people will be saved in Christ only if they accept the faith, since non-Christians have no place in the providential plan. This radical divide and exclusion founded the ecumenical mission and proselytizing drive of Church and Empire. Christ’s spiritual law of love turned into a battle cry: let us bring the pagans to the grace of God, let us make the singular event of Christ universal, let us impose the message of truth and love upon the whole world. The classical separation between Greek (or human) and barbarian was based on clearly demarcated territorial and linguistic frontiers. In the Christian empire, the frontier was internalized and split the known globe diagonally between the faithful and the heathen. The barbarians were no longer beyond the city as the city expanded to include the known world. They became ‘enemies within’ to be appropriately corrected or eliminated if they stubbornly refused spiritual or secular salvation.

The meaning of humanity after the conquest of the ‘New World’ was vigorously contested in one of the most important public debates in history. In April 1550, Charles V of Spain called a council of state in Valladolid to discuss the Spanish attitude towards the vanquished Indians of Mexico. The philosopher Ginés de Sepulveda and the Bishop Bartholomé de las Casas, two major figures of the Spanish Enlightenment, debated on opposite sides. Sepulveda, who had just translated Aristotle’s Politics into Spanish, argued that “the Spaniards rule with perfect right over the barbarians who, in prudence, talent, virtue, humanity are as inferior to the Spaniards as children to adults, women to men, the savage and cruel to the mild and gentle, I might say as monkey to men.”(4) The Spanish crown should feel no qualms in dealing with Indian evil. The Indians could be enslaved and treated as barbarian and savage slaves in order to be civilized and proselytized.

Las Casas disagreed. The Indians have well-established customs and settled ways of life, he argued, they value prudence and have the ability to govern and organize families and cities. They have the Christian virtues of gentleness, peacefulness, simplicity, humility, generosity, and patience, and are waiting to be converted. They look like our father Adam before the Fall, wrote las Casas in his Apologia, they are ‘unwitting’ Christians. In an early definition of humanism, las Casas argued that “all the people of the world are humans under the only one definition of all humans and of each one, that is that they are rational … Thus all races of humankind are one.”(5) His arguments combined Christian theology and political utility. Respecting local customs is good morality but also good politics: the Indians would convert to Christianity (las Casas’ main concern) but also accept the authority of the Crown and replenish its coffers, if they were made to feel that their traditions, laws, and cultures are respected. But las Casas’ Christian universalism was, like all universalisms, exclusive. He repeatedly condemned “Turks and Moors, the veritable barbarian outcasts of the nations” since they cannot be seen as “unwitting” Christians. An “empirical” universalism of superiority and hierarchy (Sepulveda) and a normative one of truth and love (las Casas) end up being not very different. As Tzvetan Todorov pithily remarks, there is “violence in the conviction that one possesses the truth oneself, whereas this is not the case for others, and that one must furthermore impose that truth on those others.”(6)

The conflicting interpretations of humanity by Sepulveda and las Casas capture the dominant ideologies of Western empires, imperialisms, and colonialisms. At one end, the (racial) other is inhuman or subhuman. This justifies enslavement, atrocities, and even annihilation as strategies of the civilizing mission. At the other end, conquest, occupation, and forceful conversion are strategies of spiritual or material development, of progress and integration of the innocent, naïve, undeveloped others into the main body of humanity.

These two definitions and strategies towards otherness act as supports of western subjectivity. The helplessness, passivity, and inferiority of the “undeveloped” others turns them into our narcissistic mirror-image and potential double. These unfortunates are the infants of humanity. They are victimized and sacrificed by their own radical evildoers; they are rescued by the West who helps them grow, develop and become our likeness. Because the victim is our mirror image, we know what his interest is and impose it “for his own good.” At the other end, the irrational, cruel, victimizing others are projections of the Other of our unconscious. As Slavoj Žižek puts it, “there is a kind of passive exposure to an overwhelming Otherness, which is the very basis of being human … [the inhuman] is marked by a terrifying excess which, although it negates what we understand as ‘humanity’ is inherent to being human.”(7) We have called this abysmal other lurking in the psyche and unsettling the ego various names: God or Satan, barbarian or foreigner, in psychoanalysis the death drive or the Real. Today they have become the “axis of evil,” the “rogue state,” the “bogus refugee,” or the “illegal” migrant. They are contemporary heirs to Sepulveda’s “monkeys,” epochal representatives of inhumanity.

A comparison of the cognitive strategies associated with the Latinate humanitas and the Greek anthropos is instructive. The humanity of humanism (and of the academic Humanities)(8) unites knowing subject and known object following the protocols of self-reflection. The anthropos of physical and social anthropology, on the other hand, is the object only of cognition. Physical anthropology examines bodies, senses, and emotions, the material supports of life. Social anthropology studies diverse non-western peoples, societies, and cultures, but not the human species in its essence or totality. These peoples emerged out of and became the object of observation and study through discovery, conquest, and colonization in the new world, Africa, Asia, or in the peripheries of Europe. As Nishitani Osamu puts it, humanity and anthropos signify two asymmetrical regimes of knowledge. Humanity is civilization, anthropos is outside or before civilization. In our globalized world, the minor literatures of anthropos are examined by comparative literature, which compares “civilization” with lesser cultures.

The gradual decline of Western dominance is changing these hierarchies. Similarly, the disquiet with a normative universalism, based on a false conception of humanity, indicates the rise of local, concrete, and context-bound normativities.

In conclusion, because ‘humanity’ has no fixed meaning, it cannot act as a source of norms. Its meaning and scope keeps changing according to political and ideological priorities. The continuously changing conceptions of humanity are the best manifestations of the metaphysics of an age. Perhaps the time has come for anthropos to replace the human. Perhaps the rights to come will be anthropic (to coin a term) rather than human, expressing and promoting singularities and differences instead of the sameness and equivalences of hitherto dominant identities. 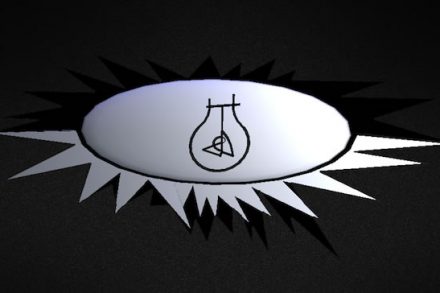 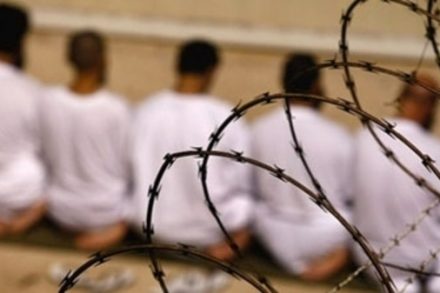