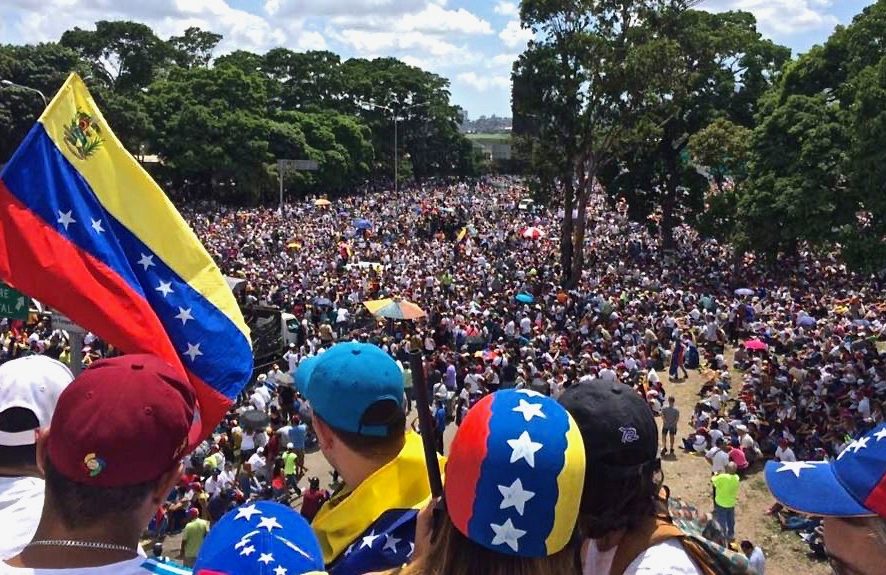 Venezuela has been undergoing one of the most difficult moments of her history. I have been following the Bolivarian Revolution from its beginning with critical attention and solidarity. Venezuela´s social conquests of the past two decades cannot be disputed. One has only to consult the 2016 UN Report on the evolution of the Human Development Index (HDI). Here is what the Report states concerning Venezuela: «Venezuela´s HDI value for 2015 is 0.767 – which put the country in the high human development category – positioning it at 71 out of 188 countries and territories. The rank is shared with Turkey. Between 1990 and 2015, Venezuela´s HDI value increased from 0.634 to 0.767, an increase of 20.9 percent. Between 1990 and 2015, Venezuela´s life expectancy increased by 4.3 years, mean years of schooling increased by 4.8 years and expected years of schooling increased by 3.8 years. Venezuela´s GNI per capita increased by about 5.4 percent between 1990 and 2015» It must be stressed that such progress was achieved in democracy, which was only interrupted by the 2002 attempted coup, a coup that had the active support of the U S.

Hugo Chavez´s premature death in 2013 and the decrease in the price of oil in 2014 had a tremendous impact on the ongoing processes of social change. Chavez´s charismatic leadership had no successor. Nicolas Maduro´s victory in the next election was by a small margin. The new president was not prepared for the complex tasks of governance, and the opposition (which was actually much divided) seized the moment, again backed by the US, particularly when in 2015 and again in 2017 President Obama declared Venezuela «a national security threat to the US,» a statement many people considered exaggerated, if not ridiculous, but which was quite logical from the US´s viewpoint, as I explain below. The situation gradually deteriorated until December 2015, when the opposition won majority in the National Assembly. The Supreme Court suspended four deputies for alleged electoral fraud, the National Assembly did not comply, after which the institutional confrontation got worse and worse and spread to the streets, all along fueled by the serious economic and scarcity crisis that had meanwhile exploded.

A chaotic situation erupted, with more than one hundred people dead. In the meantime, President Maduro decided to convene a Constituent Assembly (CA) for July 30, the US immediately threatening with more sanctions if elections took place. Maduro´s objective is, of course, to bypass the obstruction of an opposition-controlled national assembly.

Last May 26, I signed a manifesto prepared by Venezuelan intellectuals and politicians of various political tendencies and addressed to the parties and social groups engaged in confrontation, asking them to stop street violence and start a discussion with a view to finding a non-violent, democratic outcome without US interference.

After that, I decided I would not again speak about the Venezuelan crisis. Why do I do it today? Because I am shocked at the partiality of European media, including the Portuguese media, a bias resorting to all kinds of means to demonize a legitimately elected government, ignite the social and political fire and sanction foreign intervention of unforeseen consequences. The Spanish press even embarks on post-truth by spreading false news concerning the position of the Portuguese government (Portugal was said to be the only EU country against sanctions when in fact, at the time, no sanctions by the EU were on the table). I am heartened by the good sense and balanced stance displayed in this regard by the Portuguese Minister of Foreign Affairs, Augusto Santos Silva. Recent history teaches us that economic sanctions affect innocent citizens more than they affect governments. Suffice it to remember the more than 500.000 children who, according to the 1995 UN Report, died in Iraq as a result of the sanctions imposed after the Gulf War. Let us not forget as well that half a million Portuguese or Luso-descendent people live in Venezuela. Recent history also teaches us that no democracy is ever strengthened by foreign interference.

The failures of a democratic government must be sorted out by democratic means, and the result will be all the more solid the less foreign interference it undergoes. The government of the Bolivarian Revolution has democratic legitimacy. In the course of several elections it never showed any signs of not respecting their results. It has lost several and may lose the next one, but it is to be condemned only if it does not respect the results of the election. Nonetheless, no one can deny that President Maduro has constitutional legitimacy to convene a Constituent Assembly. To be sure, the Venezuelans (including many critical Chavists) may well question its opportunity, particularly bearing in mind that the 1999 Constitution, promoted by President Chavez, is in place, and that they have democratic means to express their questioning next Sunday. However, nothing justifies the insurrectional climate, radicalized by the opposition during the last weeks, whose purpose is not to correct the errors of the Bolivarian Revolution, but rather to put an end to it and impose the neoliberal recipe (as is happening in Brazil and Argentina). It is not hard to imagine the consequences of such a course of events for the poor majorities of Venezuela. What should concern democrats, but does not concern the global media, which have already put themselves on the side of the opposition, is how candidates are being selected. If, as one suspects, the bureaucratic apparatuses of the party in government curtail the participatory drive of the popular classes, the objective of the Constituent Assembly democratically to enlarge the political power of the social base supporting the revolution will be frustrated.

In order to understand why in all probability there will be no peaceful solution for the crisis in Venezuela we have to be aware of what is at stake in the global geo-strategic scene. At stake are the largest oil reserves in the world sited in Venezuela. For the US it is crucial to have control of the world´s oil reserves. Any country, no matter how democratic, keeping such strategic resource and not making it accessible to oil multinationals (mainly American), exposes itself to imperial intervention. The threat to national security mentioned by the presidents of the US has not so much to do with access to oil, but rather to the fact that world oil trade is denominated in dollars, the true core of power of the US, since no other country has the privilege of minting notes at its pleasure without affecting their monetary value. This is the reason why Iraq was invaded and the Middle East and Libya devastated (in the latter case, with the active complicity of Sarkozy´s France). For the same reason, there was interference, well documented today, in the Brazilian crisis, since the exploitation of pre-sal oil was in Brazilian hands. For the same reason, Iran is once again endangered. For the same reason, the Bolivarian Revolution must fall down without the opportunity of correcting democratically the serious mistakes its leaders made during the last few years. Without foreign interference, I am convinced, Venezuela would know how to reach a democratic and non violent solution. Unfortunately, what is actually happening is turning the poor against Chavism, the poor being the social basis of the Bolivarian Revolution and those that most benefited from it. At the same time, the Armed Forces are being pressured with a view to a military coup to oust Maduro. Europe´s foreign policy (if there is one) could well be a moderating force, if meanwhile it has not lost its soul.